Crete, separating the Aegean from the Libyan Sea, is the 5th largest island in the Mediterranean Sea. The scenery is constantly changing. One place is harsh and barren and another place is wooded and gentle. Shores lined with rocks, often forbidding the access, but also with endless sandy or pebbly beaches which cordially invite you. Old stone farmhouses, monasteries and villages perched on mountain ridges, castles and forgotten chapels on steep slopes are everywhere into the island of Crete.

"There is a land called Crete, at the sea, which is like wine. It is very rich, surrounded by sea, very beautiful. It has ninety cities, countless people live on it and they speak a mix of many languages. Crete raises Acheans, real Cretan men with brave hearts, Dorians, who live in three tribes, Kydons and noble Pelasgians".
From The Odyssey, Rhapsody Τ (172-177)

HOW TO GET HERE 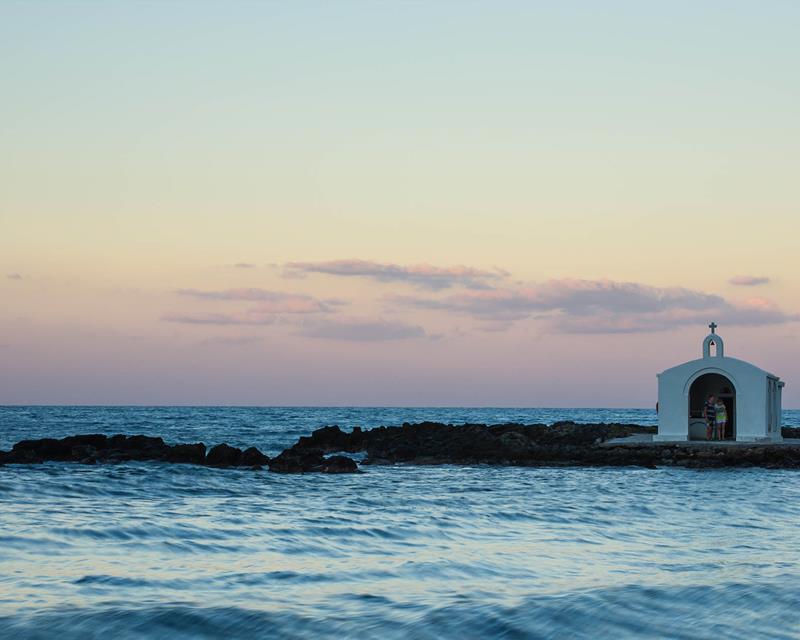 The River Almyros meets the sea at Georgioupolis. Just before the town, it forms a little lake that is home to many birds and animals. The lake is visible from the National Road, as you approach Georgioupolis from Chania.

Kournas Lake is the only natural lake with fresh water in Crete and is a protected area by the Natura 2000 Network. It is located near the Kournas village, 2.5km southeast of Georgioupolis, 43km east of Chania,  20km west of Rethymnon and 4.9 km from our hotel. It is a great destination for a relaxing walk and the favorite place of nature lovers since it is surrounded by a greenery environment with rare plants and trees. Near the lake there are plenty cafeterias and taverns that offer a remarkable view to the lake. For visitors who want to explore the lake, pedal boats are available. 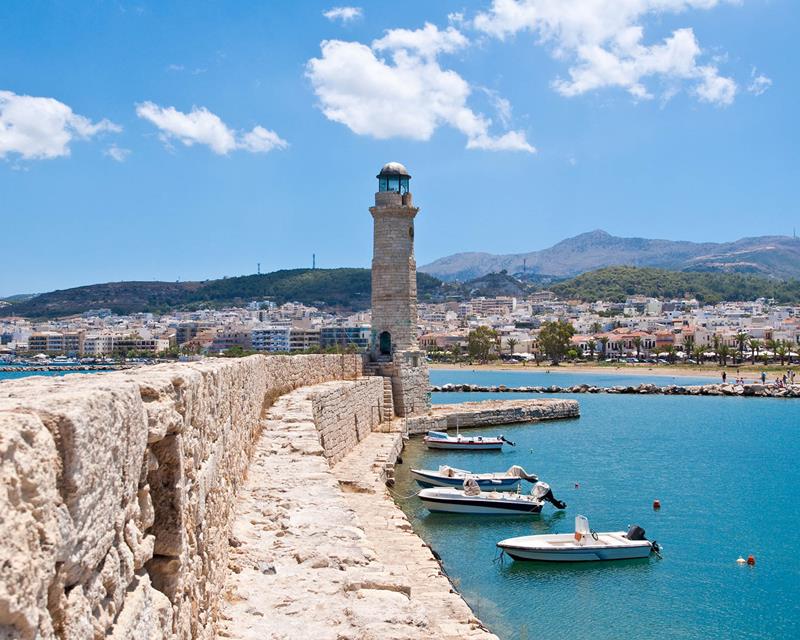 Rethymno combines rarely united features: the old town's charm and history, with proximity to a long sandy beach. Although it is the third largest town in Crete, Rethymnon never feels like a city as Chania and Heraklion do. Instead, it has a provincial air; it's a place that moves slowly and the most important is that it preserves much of its Venetian and Turkish appearance.

"Before leaving the beach, we should mention that there are other visitors - the turtles. Turtles are regular visitors along the beaches of Rethymno and return between June and August to lay their eggs each year.” 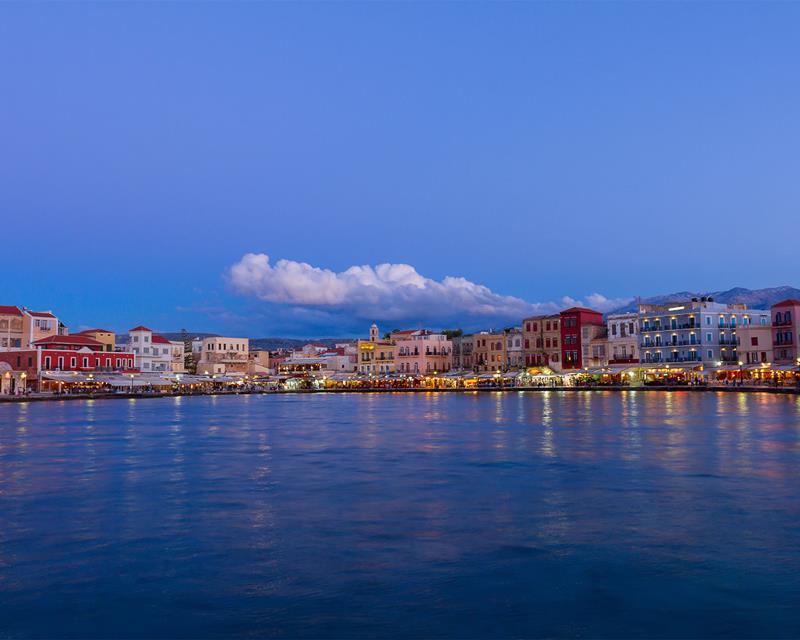 The city of Chania is situated in the northern part of Crete and is the second largest city. The picturesque scenery, the rich history of the city, the traditional villages and the exotic beaches fascinate every guest. Chania is one of the most beautiful and charming towns in Greece and for food lovers, it is a paradise! Familiarize yourself with the city of Chania by rummaging around the paths, visiting its museums and marveling the different architectural styles. The old city is built around the Venetian port and is also relatively an integral region where Venetian buildings and later Turkish edifices compose a unique architectural style.

WHY BOOK THROUGH US?